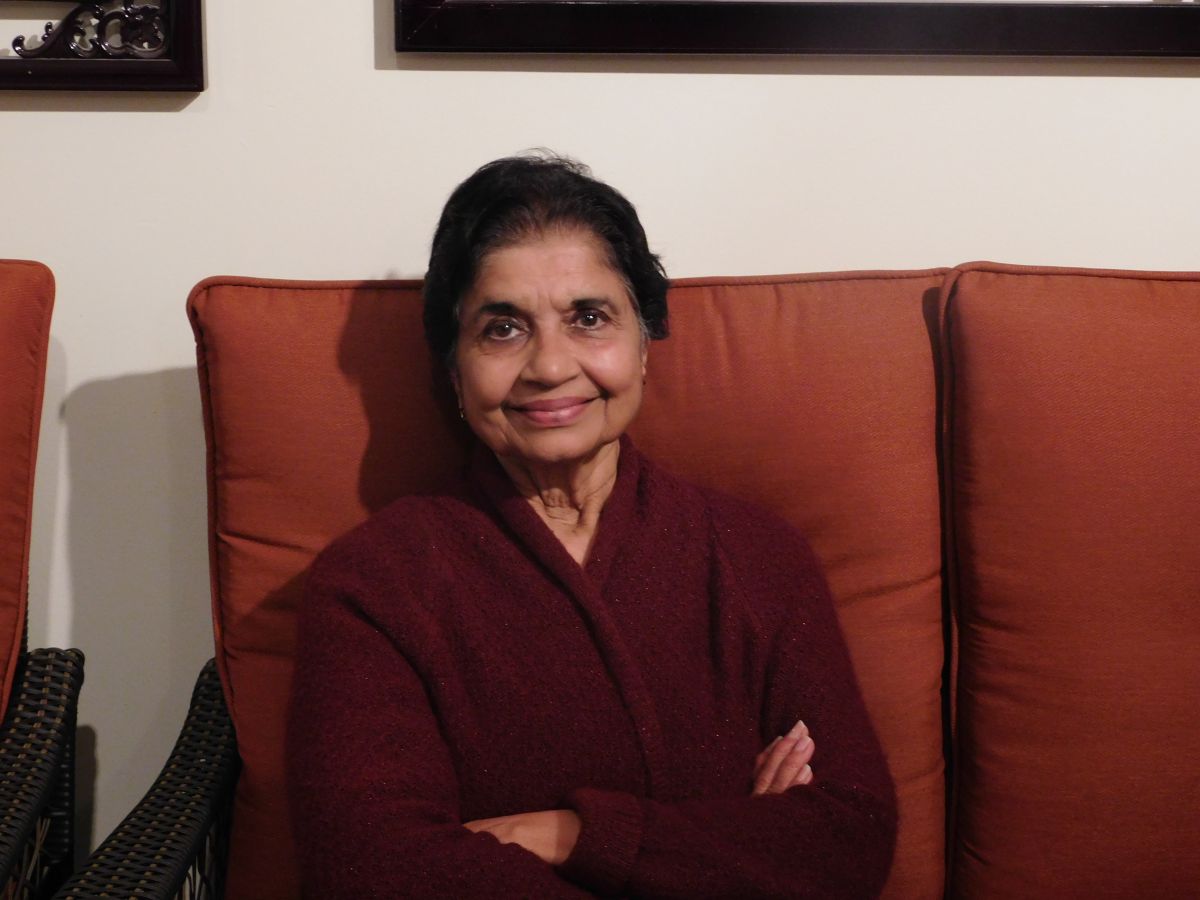 Padma in her home after being interviewed

Padma Rangaswamy, 75, is an historian of Indian immigration to the United States and a dedicated advocate for the preservation and transmission of her heritage.  The interview includes discussion of her journeys back and forth between India and the US, eventually finding her way to a dualistic identity as a transnational.  Padma shares her experiences growing up in an upper-middle class family in New Delhi as the daughter of a railway officer.  She discusses how she and her husband decided to move to the US in 1970, their decision to return to India after ten years in order to keep their children from losing out on their Indian heritage, and then their ultimate return to Chicago after another ten years as their children sought to reclaim their American birthright.  At this point in her life, Padma’s exploration of her transnational identity blossomed into a career.  She completed a doctorate in American history, worked at the Chicago History Museum on an exhibition that included the Indian-American neighborhood in West Ridge and Rogers Park, and authored two books and several chapters on Indian immigration.  Now in retirement, as the president and one of the founders of the National Indo-American Museum, she is leading the effort to share and preserve the Indian immigrant experience for future generations.  Other topics discussed include: differences between education in the United States and India both for herself and her children, chain-migration, Cold War politics and economics, and a realistic embrace of the American dream. Her granddaughter, Kavita Playle, led the interview questioning.