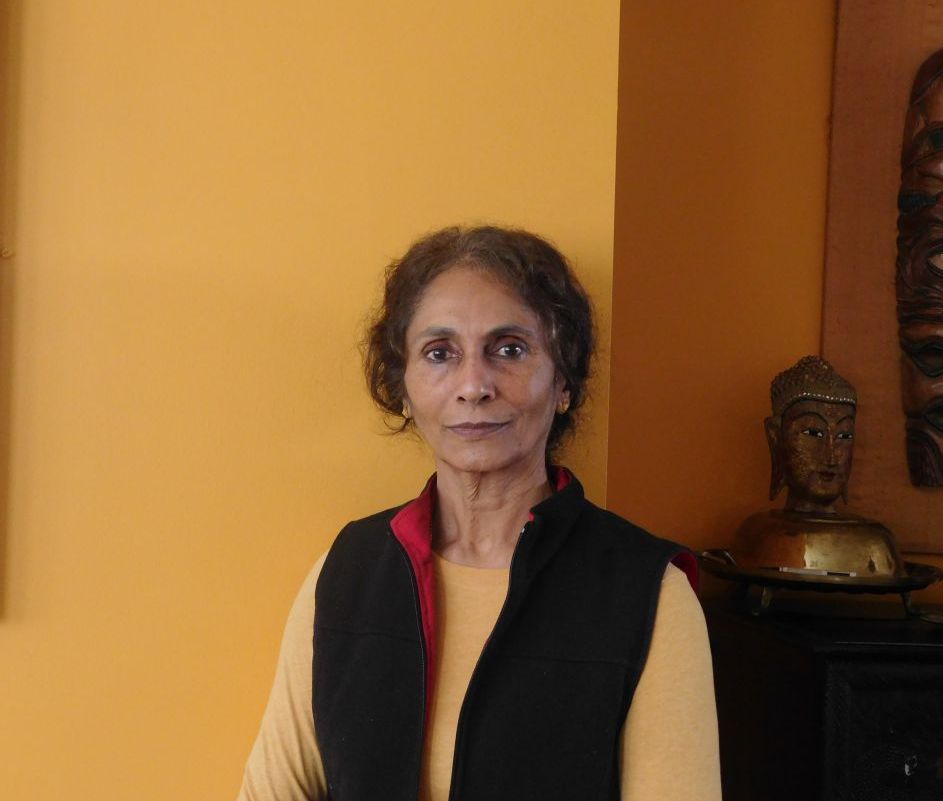 Lakshmi Menon, 75, is a pioneer in the Indian American cultural heritage sphere who has been a part of countless efforts to build bridges between her community and others. The interview includes discussion of her early life as the daughter of an official in the Indian government, which meant that she and her family moved regularly throughout India and eventually to the United States when she was age 12. She discusses life as a high school student in Maryland, majoring in English Literature at the University of New Delhi, dreaming of becoming a journalist, and dutifully agreeing to an arranged marriage after she finished college. The interview ends with discussion of her life in Highland Park, Illinois, where Lakshmi volunteered often, reported for the local Indian news magazine broadcast, helped develop Indian culture curricula for Chicago Public Schools, and was one of three founding members of the National Indo-American Heritage Museum in 2008. Other topics discussed include: pressures to assimilate from inside and outside the Indian community, consumerism, representation in mainstream media, raising children, globalization, and middle class values.

Covent schools; college in New Delhi
Suggest an Edit Back to Archive Back to Top